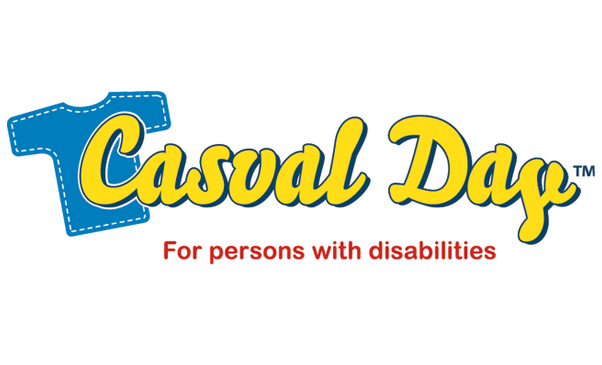 Casual Day is South Africa’s leading fundraising & awareness campaign for persons with disabilities and is the flagship project of the National Council of and for Persons with Disabilities  (NCPD).

The campaign encourages the public to contribute financially through a small donation of R10 for a sticker, and at the same time lobbies for the full inclusion and equity of persons with disabilities. So, not only does it raise funds, but it also raises awareness of the challenges and potential of the community in a fun way!

Each year, approximately 4 500 companies, 100 schools and 400 NGO organisations take part in Casual Day. Over the past 24 years since Casual Day was launched, the project has raised in excess of R276 million (2016 totals) which is distributed among the project’s national beneficiaries representing persons with disabilities as a part of a diverse society.

This is achieved thanks to the generous support of the South African public, corporates, government organisations, schools and the hard work of our NGO organisations in getting our message and sticker sales out there.

Casual Day is run in partnership with its national beneficiary organisations who provide services and advocacy work. They are:

Why should I participate?

Be part of a group of thousands of South Africans who demonstrate that small actions can make a huge difference. We call it community spirit in action. Besides, it creates camaraderie, raises awareness in the office and brings light relief to the workplace and school.

When is Casual Day?

Where can I get a sticker?

Stickers will be available soon to participating beneficiaries (NGOs, Companies & Schools) and in retail stores towards the end of July 2018.

The public can obtain stickers from: